What is the barcaiolaggio service

The Barcaiolaggio is a service made available for any type of ship which, remaining off shore, needs to bring crew members, documents or goods on board.
The service is available and accessible to anyone.

The story of the service

From the second post-war period, more boatmen operated in the port and bay of La Spezia, engaged in service to merchant ships that remained off shore for a few days waiting for their turn on the quay and in need of sending crew members or people ashore for various needs. These boatmen carried out their activities individually and often in competition with each other. They used large motorboats called “lancioni”, almost all of which were former lifeboats of disused ships.

In the 60s of the last century, however, the ships decreased, so, to compensate for the decrease in work, the boatmen saw the possibility of rebalancing their services with new activities, buying more capable motorboats and starting to carry out the connecting races between La Spezia and Il Pozzale, a beach located on the southern side of the Palmaria Island, but also excursions to the 5 Terre and Tour of the 3 Islands.

Over the years, the boatmen from La Spezia decided to reunite and in 1985 create the Cooperative Gruppo Battellieri del Golfo, and in relation to the continuous growth of tourists they expanded their fleet. We remember and mention the motorboat Belvedere of Armando Bonamini and Ferdinando Seras, later replaced by Ferruccio Bazzoli, the motor ship Maestrale of Luciano Esposito and the motor ship Paradiso of Lorenzo Bello and Giuseppe Arena.

In 1997 the Battellieri Group and the Golfo dei Poeti joined together, becoming today a unique thing. 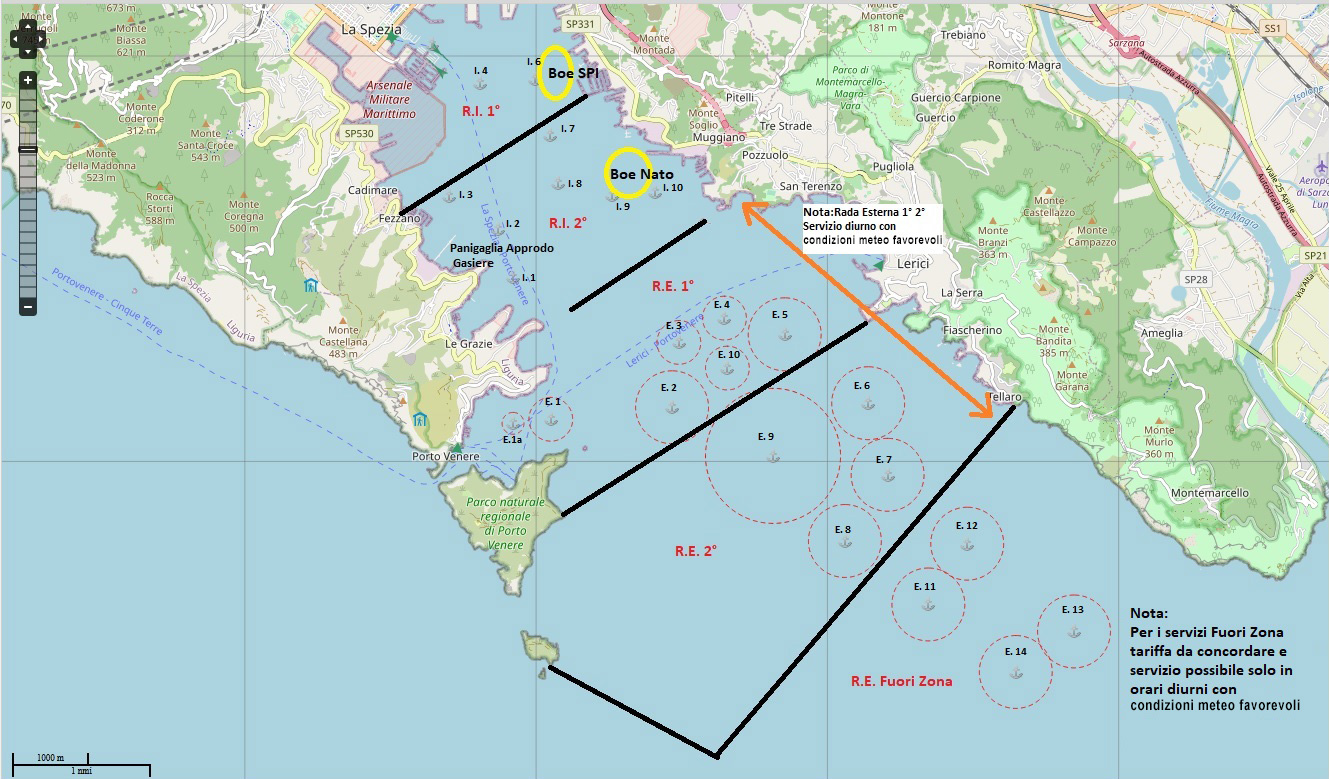